If CD Projekt Red is making the game they think they are making, Cyberpunk 2077 will be filled with a narrative, driven by persuasive characters that have a story of their own that will further immerse you into the already next-level open-world. It seems every character connected to the story, minor characters and even NPC’s have their own personal narratives and personalities. The Cyberpunk 2077 lore continues to grow ahead of its April 2020 release date.

Cyberpunk’s Twitter account already possesses a plethora of characters with driven backstories and significant meanings that will impact your story. We’ll sprinkle in character profiles throughout this, showing off what the game has to offer 10 months before its release date.

Maman Brigitte is the leader of the Voodoo Boys gang. She is mysterious and unnerving, threatening even. She pursues her aims with a dogged, merciless ambition – it’s much better to have her as a friend than a foe. #Cyberpunk2077 pic.twitter.com/iMP6LQNYAC

The lore seems to be as deep as any video game of its caliber, and I personally can’t wait to get my hands on the deluxe edition that contains the official guide to the lore CD Projekt Red is creating in Night City. There seems to be a number of factions or gangs throughout the city where you’ll soon make friends or enemies out of them.

Sasquatch is the leader of the Animals – a gang from west Pacifica known for their brutality and fascination with everything corporeal. But don’t let their looks fool you. Clever, professional and efficient, they are no ordinary thugs. #Cyberpunk2077 pic.twitter.com/EVkoiQo9wQ

The main character, V, seems to be a blank canvas for you to create your ideal character at the start of the game with an immense amount of customization. It seems as if you yourself will be the one defining your character’s personality and motives. There also seems to be a skill tree of some sort, where as you level up throughout the game, you’ll be able to boost, or unlock newer abilities you weren’t able to do prior.

Placide is the Voodoo Boys second-in-command. He radiates the aura of danger and threat – inspiring fear and respect in people around him. He’s a man of few words, and his smile is terrifying to behold. Or so people say. Luckily he smiles exceedingly rarely. #Cyberpunk2077 pic.twitter.com/cxmYrxnitz

Like Rockstar’s new release of Red Dead Redemption 2 regarding their honor system and how you behaved is how NPC’s interacted with you, Cyberpunk 2077 seems to be taking a page out of that book, called “street cred.” Your interactions with locals in Night City and your actions upon them will influence your relationship with friends and strangers alike.

As for netrunners, it’s hard to find someone more pro than Bug. Her consistency and persistence have brought her respect and trust in the field. As the mercs say: if Bug can’t do it, who can? #Cyberpunk2077 pic.twitter.com/QclPJGdrZn

This game is the definition of open-world. You can play missions with a stealth attitude, eliminating those opponents you only need to get rid of, or you can go guns-blazing at all times, killing NPC’s, enemies and friends. You can even complete the game without killing anyone, said CD Projekt Red. With multiple endings being created by the developers, it’ll take completing the game a few times before you get tired of what CD Projekt Red is creating. Oh, did I mention Keanu Reeves is your right-hand man? Is it April 2020 yet? 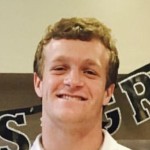 by Anthony Russo 2 days ago

by Rose Carter 5 days ago

by Anthony Russo 2 days ago

by Rose Carter 5 days ago

by Anthony Russo 1 week ago

‘Final Fantasy VII’ Gets The Remake Treatment, Here’s What We Know

New 3D Sonic Game Is Open World… Or Is It?

Kim Kardashian Gets ‘Painful But Worth It’ Stomach-Tightening Treatment

VIDEO EXCLUSIVE: Melba Moore On How She Created Her Hit “This Is It”

Bishop Lamor Whitehead Robbed Of $400,000 In Jewelry While Livestreamed During Church Service