If you, dear reader, are anything like me, you will not be watching the whole five hour long YouTube video that highlights the new gameplay features and skins for Fortnite Season 2. I’ll make things easier for the both of us, and summarize the update in less than five hours.

‘Gear Specialist Maya’ is one of the first purchasable characters the game released with this update. Maya look similar to the default player that we’ve all been playing with since the first days of the game. Except Maya has a t-shirt on, and some complimentary Doc Marten boots. Oh yeah, and this character’s skin and clothing is totally customizable.

First is Gear Specialist Maya. Very creative idea! You have so many combinations to make your own skin! It even allows you to use a COLOR WHEEL for some of the parts. Uh, can we have that for banners and the banner brigade set please? Anyways I think this is a great skin! pic.twitter.com/Y7kvwezM8l

Another skin being released is the ‘Agent Peely’ skin, which appears to be the love-child of James Bond and a ripe Chiquita banana. Peely also has some big eyes that are reminiscent of aviator sunglasses. Truly the top banana.

Perhaps the most generic character to be released into the game, is the ‘Brutus’ character. Much like Popeye’s archnemesis in the 1920s, Brutus is a big, big boy. Brutus is a muscular and bald man in aviators, who could probably smack you around with just his finger tips. His tough appearance did not stop anyone from making fun of him though memes and jokes.

Why dose brutus looking like kingpin from into the spiderverse pic.twitter.com/UY0hdwn9bc

‘Tntina’ [pronounced TNT-na] has the appearance of someone whose wardrobe hasn’t been updated since 2008. Her shirts all play off of her explosive image. The internet has showed this skin nothing but love and affection.

Furr real, this character is like a centaur, but way cuter. ‘Meowscles’ is a half-cat and half-human hybrid creature with furry muscles that rival Brutus’. Meowscles is also strapped with suspenders, light wash jeans, and a two pistol holsters made totally of jean material. We’re not kitten when we say that this is one purrfect skin for you to try out. I’m sorry, I’ll stop with the clawful puns now.

If you look like the buff fortnite cat skin hmu

Another female character being added to the game is ‘Skye.’ She’s been designed to look more like a teenager, as opposed to an adult or half-creature. Her in-game character always wears a beanie, and carries around a colorful, disposable camera that will document all of her in-game victories.

Day 11, Skye. Shes very cute!!! I love her design and her other outfits are dope!! I better not see any nsfw of her, she looks 13. I love that fortnite is making skins that arent all adults tho! 8/10 pic.twitter.com/0ksBzynUvZ

The final character to be released, is ‘Midas.’ The character is appropriately made out of gold. In fact, everything Midas drops in-game, actually turns into gold. In addition to his very dapper suit and hard-parted hair, Midas has captured the hearts and minds of many fans online.

Everyone say hello to my fortnite boyfriend midas pic.twitter.com/IDcUmeJBwp

The battle pass will cost players around 950 V-Bucks. 1000 V-bucks can be purchased for $10, or by earning it by playing matches. If you want to buy more than 1000, you won’t have to worry about the government taxing it! 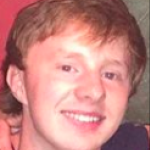 Jeff Bezos & Lauren Sánchez Attend ‘The Lord Of The Rings: The Rings Of Power’ Premiere Event In Los Angeles