This is a 3-D Sonic review, so let’s look at what I have stored in my joke briefcase, just to get them out of the way. References to Sonic ’06, the worst Sonic game of all time. Pretentious banter about how Sonic games in the third dimension always fail and 2-D is better. An ironic joke about my original character, perhaps a Chris-chan reference. Pointing and laughing at the terrible storyline along with laugh tracks and an Everybody Loves Raymond piano riff. Great, now that all of those worn-out jokes are out of the way, I don’t have to be like every single reviewer and write jokes about the same old topics for the Sonic Forces review. Instead, let me tell you about Strike the Hedgehog.

Strike the Hedgehog was a character I created after the release of Sonic Adventure 2 Battle, the game held to the standard of “best 3-D Sonic game” or “the only good 3-D Sonic game.” Now, what made Strike different from Sonic, you ask? Very good question. For starters, he was Super Sonic 24/7, had red and green at the tips of his golden Super Saiyan hair, and was colored in crayon. That is to say, absolutely nothing about this character is different from Sonic and I was 10. The fact that Sega gives you the option to create an original character in an official Sonic game is every pre-teen’s wet dream, and now I’d like to move on to the next topic and pretend I didn’t just say “pre-teen’s wet dream.”

Aside from my involuntary cringing, Strike holds a dear place in my heart, and even if Sonic Team doesn’t stop making bad stories, I truly appreciate the character creation function. Here’s the low-down on said story: Eggman makes a monster, Infinite, who revives prior Sonic villains and is also faster than Sonic. After playing a Green Hill Zone area with no explanation whatsoever, Infinite and the anti-heroes (the title of my new rock band) kick Sonic’s furry ass in a montage and Sonic is assumed dead, even though that’s stupid and never true. Your character takes over where Sonic left off, as do other, more useless side-characters.

I know what this is; it’s Sonic Generations 2. Filled to the brim with repeat stages, 2-D sections, strange DLC and fanservice, they’re trying to make another gold mine while simultaneously creating something new. The thing is, you can’t create something new if you never learn from your mistakes. If you never learn, you are doomed to repeat the past.

Let’s explore what Sonic Team has repeated, shall we? The music is actually pretty good, but this comes as no surprise, quality sound and visuals are commonplace among the entirety of the Sonic series. This said, what is the point of making the world map grey and lifeless? That is never a good idea, the white background of Sonic Generations was a design choice to make memory-like stages and objectives pop out. Almost as bad of an idea are the Sonic Boom and Sonic Unleashed combat sections, rarely challenging and simply there to take up time. While the 30 main stages may be lacking, the boss fights are where the challenge of the series lies. These boss battles are well done, for the most part. The Infinite and Eggman battles, in particular, are fun, while every other boss battle fails to impress. This is especially true when you are promised to fight Zavok and face bees instead. I was not a fan of Sonic Lost World, but to treat Zavok, the leader of a demon gang and the main villain of the last canon Sonic game, without respect is ludicrous. The battle right before Metal Sonic is another disappointment; a huge cutscene with insta-kill quicktime events, the second feature Sonic Unleashed is infamous for. Additionally, even though they revived Shadow and Chaos, these two iconic villains never appear again. Shadow is being used for future DLC, but unless they use Chaos, Sonic Forces will have revived a villain for the sole purpose of fanservice — without ever actually giving fans what they want.

Sonic Team doesn’t understand what we want. They think we want the comics’ edgy storylines and Sonic’s “never say never” personality with accompanying 7th grade-level humor. Nobody wants that. We want to go fast. 3-D sections don’t function with obstacles the same way 2-D does: 3-D obstacles pause all forward momentum and force us (haha, get it?) to come to a complete stop. Speaking of which, discontinuing the Sonic Boom franchise yet continuing to use its combat system equivalent is a testament to how little Sonic Team understands its own failures, especially when the burst ability removes all the difficulty from these sections that completely stagnate movement. The inclusion of classic Sonic makes no sense and his levels aren’t even all that fun. Instead of a focus on giving the player more control, Sonic Forces takes control away from the player for the purpose of the story, a consistent and failing method for Sonic games.

I’m not going to focus too much on the story, but it does take away valuable gameplay time from the player. I appreciated small event cutscenes mid-stage, that’s a cool way to transition level sections and turn 2-D to 3-D. I did not appreciate interrupting a boss fight in order to establish the connection from the big bad to your OC. You never get to fight certain villains; they are all taken care of via the plot.

To prove I’m not being harsh, let’s compare a recent game from a direct competitor. Super Mario Odyssey implements changes it knows for certain will be new without interrupting what already works. People dislike ice and desert levels, so those are effectively fused together for the first world.  Some enjoy 2-D over 3-D, so there are many sections that function as a side-scrolling option, yet these are not necessary. The controls are nearly the same as Super Mario 64 and Super Mario Galaxy, except this time instead of collecting a star and returning to the hub world, you simply bag the moon and keep exploring (side-note: what is up with Mario and Sonic? Changing stars to moons and emeralds to rubies? What’s the point?).

In the end, the game isn’t bad, but it’s the same as its always been. Excellent music, great visuals, lacking gameplay and a bad story. There was most certainly an effort put in and I appreciate the character customization, yet Sonic Team refuses to learn from its mistakes. Roughly three to six hours of gameplay and you’re done, left with little to no appreciation for the failing franchise. Sonic Generations was fun, Sonic Mania was fun, but it seems that the team who actually produces the Sonic franchise has no idea what made their games fun in the first place.

by Max Kerwick 1 week ago 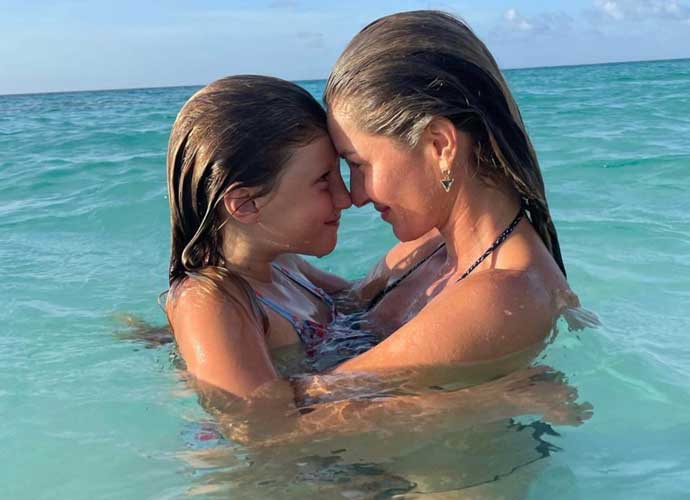 Metallica Announces North America & Europe Tour – How To Get Tickets