On Thursday, Ubisoft held its second online presentation, Ubisoft Forward. The company brought with it a ton of new games, new content coming to existing titles and further information for upcoming releases. uGames has compiled a collection of every big announcement that was revealed at UbiForward:

Gaming’s favorite Prince is finally making a return after a decade-long hiatus. The latest installment in the Prince of Persia franchise will be a ground-up remake of the 2003 classic. The game will feature a new graphics engine, improved combat and a unique art style that will stay true to the original. The Sands of Time Remake will also take advantage of motion-capture technology, which sees voice actor Yuri Lowenthal (Marvel’s Spider-Man) reprising his role from the original. Prince of Persia: Sands of Time Remake will be available in January 2021.

After being removed from all major storefronts due to licensing issues, Ubisoft will be bringing back the Scott Pilgrim vs. The World video game, in honor of the games 10th anniversary. Along with the base game, new characters will be added, including Knives Chau and Wallace Wells. While no release date was announced, the game is set for release this Holiday season for PS4, Xbox One, Nintendo Switch and PC.

Watch Dogs: Legion kicked off its presentation with the announcement that English Rapper, Stormzy, will be appearing and creating a new song exclusively in Ubisoft’s’ upcoming title. Ubisoft also revealed some of the playable characters you can recruit, including a Getaway Drive that can hack moving vehicles away from him, a Beekeeper that can use her pet bees to attack target, an old man (because why not?) and plenty more. Ubisoft also announced that the protagonist of the first game, Aiden Pierce, will be making a return in post-launch DLC. Watch Dog’s Legion will be released on October 29 on PS4, Xbox One and PC. It will also be arriving on PS5 and Xbox Series X on their launch dates.

Rainbow Six Siege will be gaining additional support for years to come. At UbiFoward, it was announced that Siege players would be getting a free version of the game for PS5 and Xbox Series X, with support for 4K and 120FPS. Also announced, via an animated trailer, is the latest operation, Shadow Legacy. Players will be able to unlock a new operative in Splinter Cell’s Sam Fisher. Operation: Shadow Legacy is now available

Originally announced as Gods & Monsters, Immortals: Fenyx Rising will have players explore a colorful Breath of the Wild Inspired world where you will take control of a customizable character named Fenyx. They are tasked to rescue the Greek mythological pantheon after the escape of Typhon. Along the way, Fenyx will receive aid from Hermes and the game will be narrated by Zeus and Prometheus. The game will be available for PS4, PS5, Xbox One, Xbox Series X, Nintendo Switch, PC and Google Stadia on December 3. Owners of Stadia will gain exclusive access to a demo that will release sometime before Immortals‘ release date.

Finally, closing the show, Ubisoft showed off a preview of its upcoming MMO sports game, Riders Republic. In it, players will be able to bike, ski, snowboard and wing glide across a big open world and take part in races, community challenges and much more. Look for Riders of Republic on store shelves and digitally in February 2021. 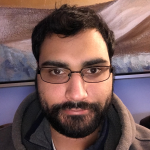 by Anthony Russo 1 week ago

Taron Egerton Addresses Calls From Fans To Cast Him As Wolverine