As the second wave of the coronavirus pandemic brings new lockdowns and social distancing measures in many countries around the globe, the November release of the next-generation consoles, Xbox Series X and SonyPlaystation 5, brings much-needed excitement to our dull smart-working lives.

The pre-order for both consoles have already been out of stock in many stores and there might be delays to get a new console at launch. However, it means gamers who still haven’t made up their minds can have some last-minute thoughts on which one to purchase. For that matter, I have already made my decision. As a long-time “Xbox person,” who played on all Xbox consoles for years (with an exception of an iconic PlayStation 1 that I had as a 9-year-old kid), this time I decided to switch the side and get a PS5.

There are some particular reasons I made up my mind in favor of the PS5 and not the Xbox X.

Talking about technical capabilities, I don’t see any stark differences between the two and that surely didn’t influence my decision. The Xbox X and the PS5 are pretty similar in hardware, though the Microsoft console seems to be slightly more powerful qualities for the speed of image processing. The Xbox X with its 12 teraflops outperforms Ps5’s 10.3 teraflops of GPU processing power, where GPU values mean the speed of operations per second. On paper, it gives a slight advantage to Xbox X. However, it’s important to keep in mind that some non-exclusive games or older releases may not benefit from the 12 teraflops at all.

Besides, both consoles have built-in SSD cards, which already make the loading time for the games much faster than it was on the previous consoles. Here, the PS5 has stronger capabilities — its SSD card reading time is 5 GB per second, which is twice as fast as Xbox’s. In other words, the characteristics of both consoles make up for each other. Many gaming influencers who had a chance to compare the gameplay on both PS5 and Xbox X, have concluded that both go head-to-head, featuring incredible ray-tracing graphics and game loading speed, and it’s a matter of taste which one you choose.

Both consoles sell for the same price, which is $500. The only difference is that a PS5 digital-only edition (without a disc drive) is $100 cheaper. If you are not a fan of collecting a pile of video games discs, then you can save some cash on that – that’s what I am doing.

My argument is formed mainly around console exclusive games. Ever since the Ghost of Tsushima, a PS-exclusive game, was released this July, I was jealous of my friends who could play it. Frankly, to me, Xbox, with respect to its many advantages such as Game Pass and games compatibility with previous models, have always lacked strong exclusive releases. Right now, the most anticipated title for the Xbox X series is Halo Infinite, while the PS5 will boast Spider-Man: Miles Morales, Horizon II: Forbidden West, Gran Turismo 7 or Final Fantasy XVI. Most importantly, Xbox exclusives are not even “exclusives” in its pure sense — if you own a gaming PC, you’ll be able to play those games there. The PlayStation titles, on the other hand, are truly platform-exclusives. That’s why the argument becomes simple: if you already own a previous gen-Xbox or a solid gaming PC, getting a new PlayStation will make more sense, as you’ll be able to experience other games you haven’t played before.

As an extra spice to think about, Sony is also releasing a stunning piece of a $100 white headset for those who like to play online and remote control for built-in media, like Netflix or Hulu. While the latter is not necessary, a new headset with Pulse 3D audio – a new feature, that Sony claims, will allow you to “see with sound” – is an intriguing accessory.

To sum up my point: both consoles have equally strong technical advancements, different from previous models. As a person who wants to experience new games and a different style of gameplay, I know I will be getting a PS5 as soon as it’s back in the online stores. For others, the decisions might be different, depending on other factors. It doesn’t matter which one you end up going for, there is no wrong choice and either console will be a great upgrade from an older model. 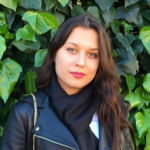 by Max Kerwick 14 hours ago

by Max Kerwick 2 days ago

by Max Kerwick 6 days ago

by Max Kerwick 14 hours ago

by Max Kerwick 2 days ago

by Max Kerwick 6 days ago

by Max Kerwick 7 days ago

by Rose Carter 2 months ago

by Anthony Russo 2 months ago

What Are Mods? Modding Games: A Hidden Backbone That Keeps Games Alive

by Jack Reyes 2 months ago

by Rose Carter 2 months ago

by Anthony Russo 2 months ago

VIDEO EXCLUSIVE: Michael Cooper Jr. & Miles Gutierrez-Riley On ‘On The Come Up’

MLB Top Prospect Francisco Alvarez Makes Debut For New York Mets – But Will He Stick In The Lineup?

CPAC Deletes Russian Propaganda Tweet, Claiming It Was ‘Not Approved’